James H. Ottaway, Jr., Jim to his friends, is a journalist, publisher, and philanthropist. He was born on 24 March 1938 in Binghamton, New York, in the family of a newspaper publisher. A graduate of Yale University, from the age of sixteen onward he worked as a journalist and publisher in various positions in the family-run Ottaway Newspapers. From 1965 to 1970 he was its CEO, then Ottaway Newspapers merged with Dow Jones & Co. He remained its Vice President until 2003, when, at the age of 65, he retired. For many years he was, among other things, Chairman of the World Press Freedom Committee (till 2006), a member of Human Rights Watch, a member of the board of Médecins sans frontières, and a juror of the Pulitzer Prize.

He visited Czechoslovakia in 1990, where he met Jiří Hanzelka, Milan Šimečka, and Jiřina Šiklová, all of whom helped him to find his bearings in the newly democratic country. For a while he was co-owner of Economia publishers. Since 1992 he has funded long-term fellowships for Czech and Slovak students at Bard College, New York. Until recently he sponsored the Czechoslovak Documentation Centre, a non-profit organization that, among other things, published the Czech-English festschrift for Jiřina Šiklová, Kočka, která nikdy nespí/The Cat Who Never Sleeps (2005; 2nd edn., 2015).

He annually visits the Czech Republic and stays in touch with former students of Bard College and with his other friends. On behalf of his large circle of friends here in the Czech Republic and Slovakia, we wish him on his birthday good health and happiness from Ancient Greek and philosophy, which he can now devote himself to intensely. The Czechoslovak Documentation Centre in particular expresses its gratitude to Jim Ottaway for the support he provided, thanks to which the dream of something good became a reality. And we are looking forward to his visit to Prague this June. He will be coming right after receiving an honorary doctorate from the State University of New York at New Paltz.

The following are two excerpts from a 2013 interview in Lidové noviny, regarding Jim Ottaway’s credo as a journalist.

What drew you to journalism?

The truth. Before I started to be interested in the journalist’s craft, it was important for me to be able to provide an opportunity to speak the truth, to support and develop democracy, to report on what the government was doing well and what it was doing badly, what was happening in the schools and in society – in short, what attracted me most about journalism was public service. More than to earn money I wanted to help society. And in how many jobs, could I speak the truth without the risk that they were going to throw me out? And, moreover, get paid for it? I enjoyed it. I learnt a lot from my dad – and he was clever about that: he showed me what was interesting about the job, but never forced to do anything. He really understood journalism, even though he tended to run the family firm from the business side.

But as a journalist you began at the age of sixteen. Were you thinking like that already back then?

Maybe even earlier. At home it was the custom that every evening at seven we all met for dinner. Dad came from work and we three children were sitting at the table with Mom. And all of us asked Dad, who came from that big wide world, “Can you tell us what’ll be in the papers tommorow?” And Dad told us – not about petty things, only about things that concerned society as a whole, society in our city, in our country, and in the world. In short, public affairs. Dad knew how to talk about that brilliantly and so ethics were established in our family, an emphasis on what is important and what is not. I learnt that as a child at dinner.

Former students supported by Jim Ottaway from all over the world – Czech Republic, Slovakia, Japan, US, Switzerland – prepared a video devoted to his birthday. 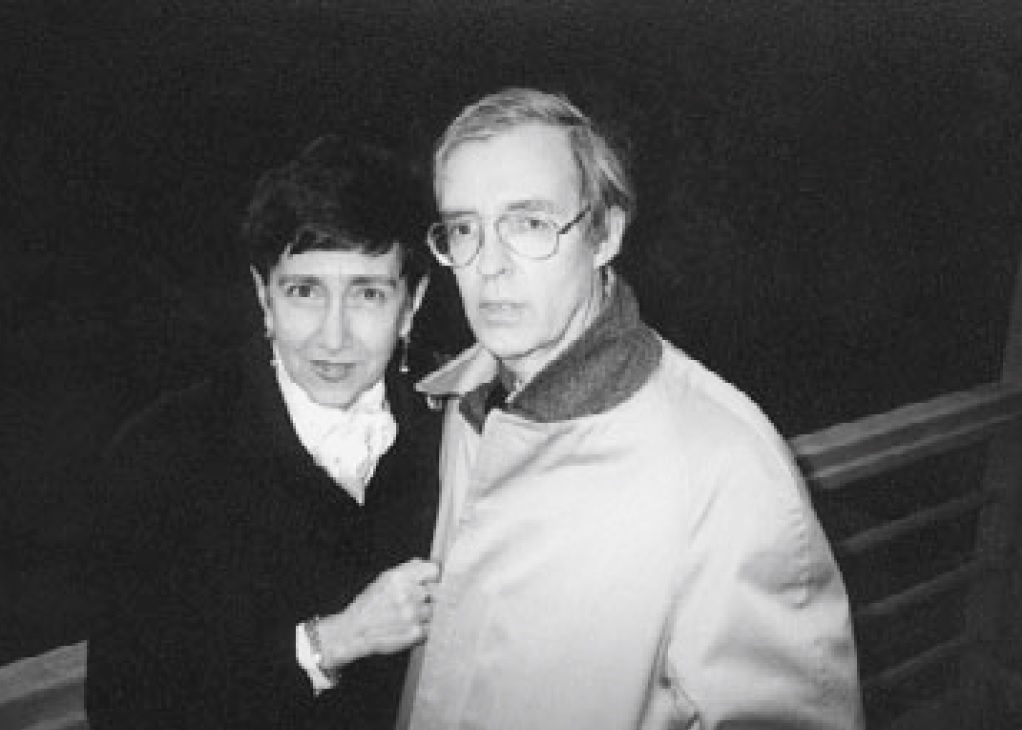